Looking back at the past year and the first quarter or so of 2016, I must admit that pregnancy is not all about hearts, roses and cuddles.

I shall be very honest and say that I am one of those blessed, and perhaps lucky, enough not to have such a difficult time in my first step towards motherhood. Maybe my athletic and fitness background had something to do with this, but, either way, I am certain a lot of other expectant moms had it tougher than I had. For this and more, I am extremely grateful.

Allow me to break it all down into two lists.

1. Loss of Muscle Tone
The first bit to go was my abdominals, naturally. I pretty much had a six-pack prior to my first pregnancy in late 2014. What followed was the muscular definition of my arms, legs and back. There was weight gain as well, but that was expected.

2. Swelling of Hands and Feet
I increased a shoe size (or two), even with my most comfy of slip-ons. Some of my rings, including my engagement diamond, could barely fit my fingers. My wedding ring had to be slid on and slipped off with the use of lubricant.

3. Loss of Stamina and Cardiovascular Endurance
I used to be able to run a couple of miles and consider this a warm-up to some insane fitness routine or a series of exercise classes. However, the mere act of climbing stairs became quite tiring when I was pregnant. I would huff and puff after picking up items that had fallen to the floor.

4. Joint and Muscle Pains
My wrists were the first to go, early into the second trimester. I thought at first I had slept on my hands wrong, but the pain kept recurring for months. Apparently, this goes along with the swelling part (see #2 above). Whenever I tried to stretch my leg muscles, especially in the mornings, I got curse-worthy cramps.

5. Skin Problems
Blackheads popped out on my neck in the second trimester. I used a hypo-allergenic facial scrub and cleanser, which promptly and quite effectively dealt with the situation.

1. Morning Sickness
I was very lucky not to have experienced this throughout my pregnancy. I felt slightly nauseous in the afternoons during my first trimester, especially in the ride home from work, but otherwise I functioned as I had prior to pregnancy.

2. Cravings
I did not crave unhealthy foods, thank goodness. During my first trimester, I demanded fresh strawberries and fresh apple and orange juice like a boss. My dairy consumption (milk, yogurt and laban) tripled at least. During the third trimester, I was big into bananas.

3. Hormonal Behavior
I worked full-time throughout my pregnancy, with no extended holidays except for last Christmas. I did not throw any tantrums or behave erratically at work despite constant busy blocks of time. However, I was a bit slower in physically getting from place to place.

4. Marriage
I was closer to my husband since we confirmed the pregnancy in August 2016. Since then, we had made a lot of beautiful memories in our relationship, such as fun trips to Dubai and our biggest vacation yet to Thailand at the end of 2015 and into the first few days of the new year. 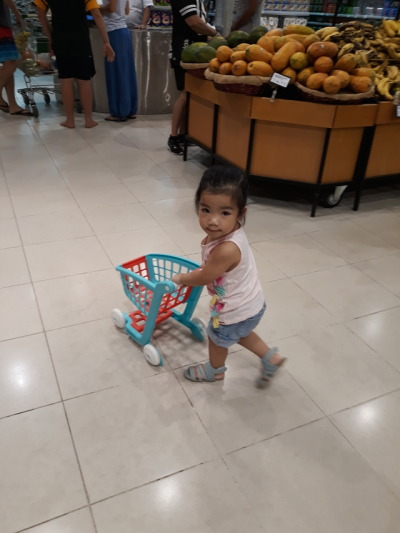